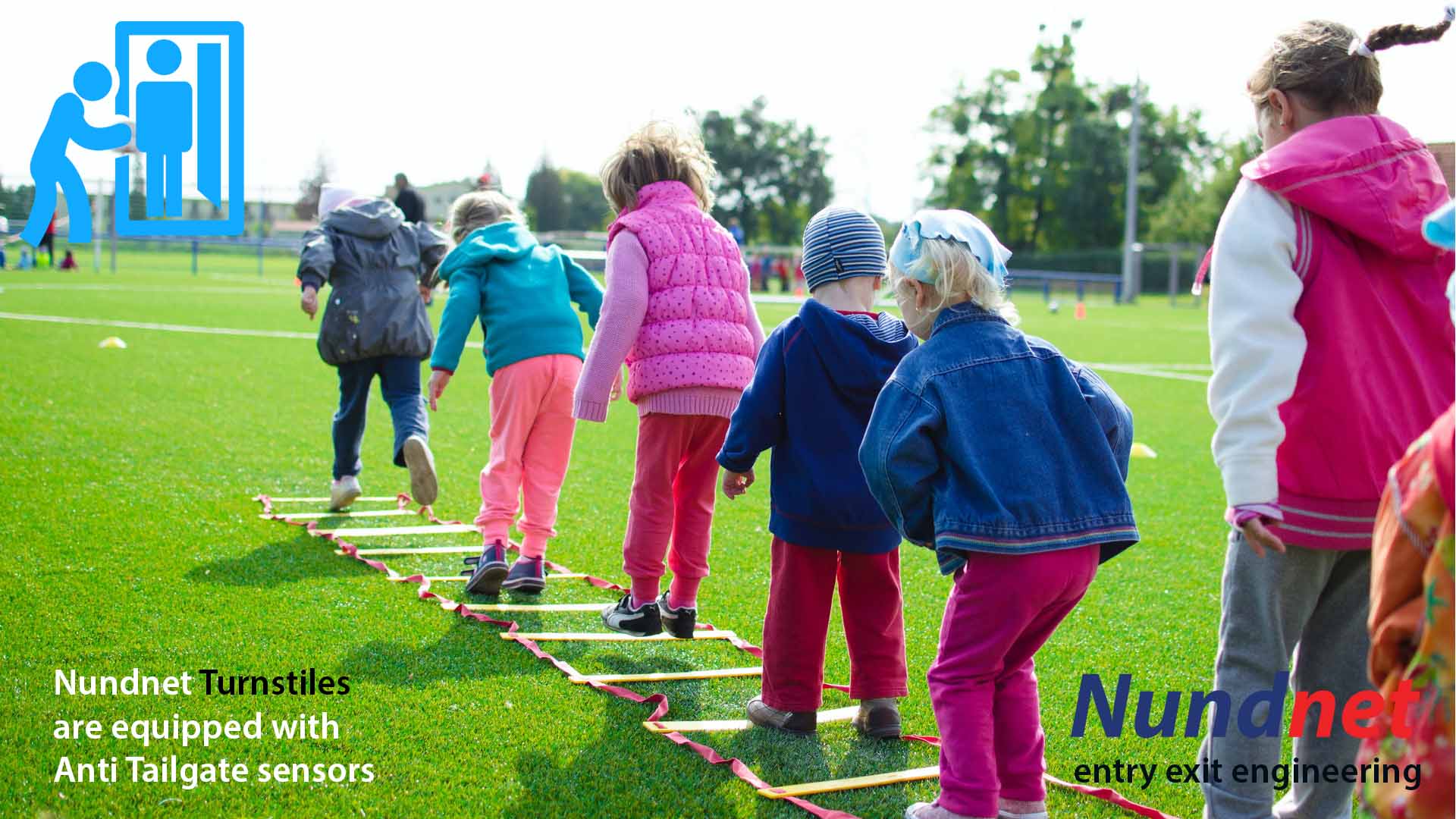 Anti Tailgating is to be used as feature for eliminating certain crimes. An unauthorized entry of the person to any location with aid of the authorised person or by illicit method is called as tailgating. As a rule of thumb, only one person is allowed to enter the site using authorization code which can be used for proximity card, face recognition or fingerprint access, but if the follower takes advantage of the entry made by an authorised person, then it is referred to as tailgating.

Sometimes referred to as piggybacking, tailgating is a major cause of workplace theft and vandalism as entry gained by the un-authorised person leads to many criminal acts. This mode of illegal entry needs to be restrained and restricted in order to eliminate the crimes, improve the security & reduce other undesired episodes which may arise.

Nundnet turnstiles & access controls are equipped with the anti tailgating sensors hence the threat level is reduced to zero which assures the guarantee of safe & secure site.

·   Tailgater watches for an opportunity that once an authorized person crosses the door, and he jumps in a very short period of time and crosses the door hence enters the site

·   Sometimes an authorized person keeps a door open as a form of help or aid to a person who does not have access to the site.

·   The tailgater walk-in the crowd and seeks entry once the guard diverts.

The use of anti-tailgating option along with the anti passes back feature helps in improving the security of premises without fail.