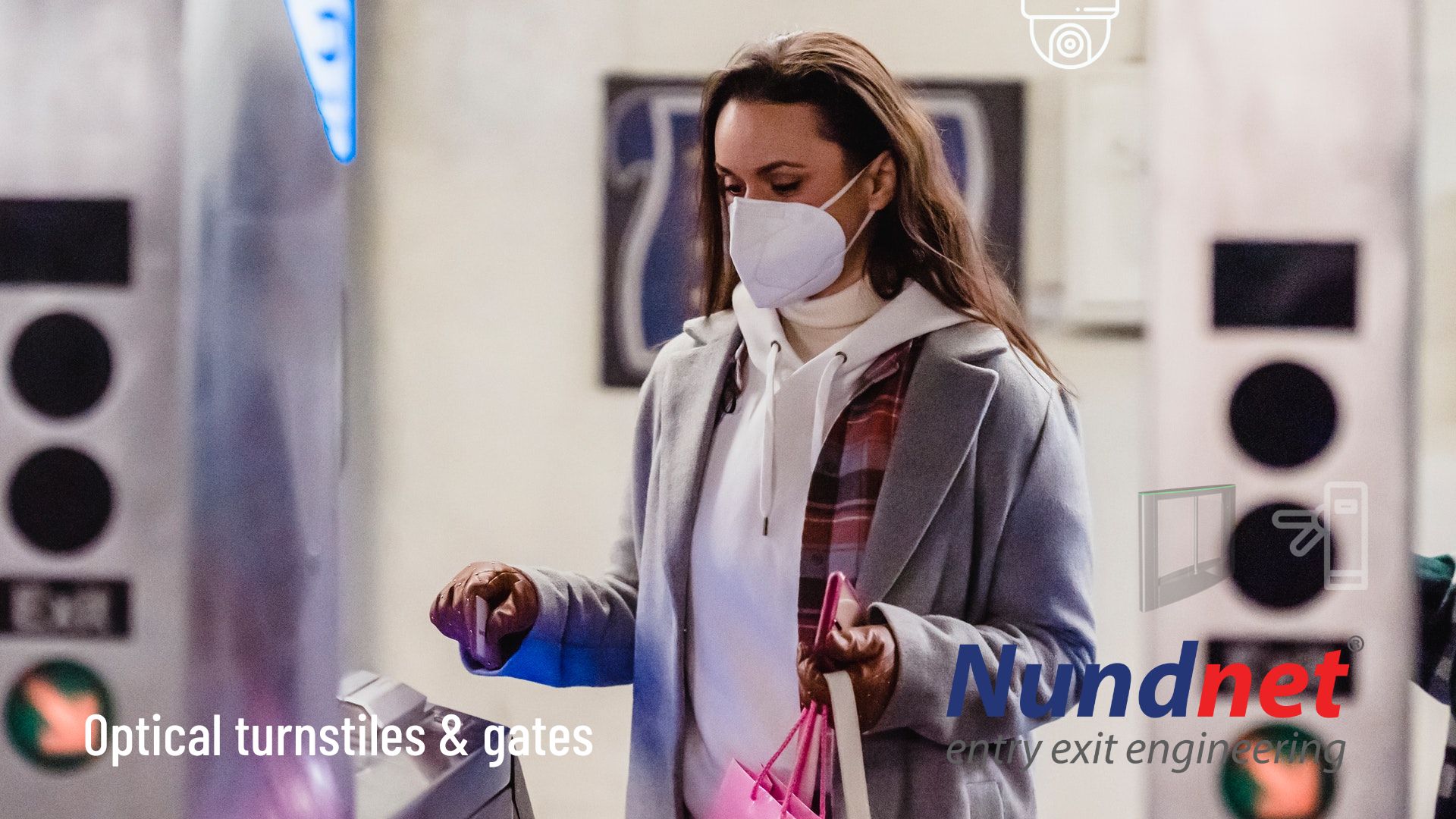 Waist height turnstiles, sometimes called as half height turnstiles are robust in construction. Made on steel SUS304 or SUS316 etc. or any other metal with powder coating if needed. The arms are tripod type in nature revolving on the basis of every trigger from the control unit. The unit can use either electro-mechanical solenoid for operation making it an electro-mechanical type  or the motor hence motorised tripod turnstile. The tripod turnstiles are of three types in terms of physical appearance, single stand, box type & wall mount type tripods turnstiles. Physically all three look different but technically the mechanism is the same. The applications may vary based on the project. The construction of each tripod turnstile includes metal arms, metal body & motor (in case of motorised) or relay (solenoid) in case of semi automatic type. There are different types of motors available and used in case of tripod turnstiles like brushless DC motor, brushed motor or servo motor. One must know the choice of using a motor of any of three types has a direct impact on the cost of the unit. The basic features considered for implementing the type of turnstiles for any project are drop arm functions (the fall of arm, in case of the power failure), persons per minute passage, indoor or outdoor application as the ingress protection rating of the housing plays a very important role. The card readers could be placed internally or externally based on the size of card reader as well as site requirements. The compactness, robust appearance, technical stability based on all metal types, the tripod turnstiles are used at places of high traffic like banks, government offices, museums, zoos etc.

Every turnstile is part of an access control system. And when we use turnstiles to control the access of pedestrians then obviously it is an unmanned operation & needs to be properly controlled. As we use the optical turnstiles at office entrances, metro stations & other such locations, we need to have the guard over entry of the public to avoid misuse, abuse and other issues. As the gates are embedded with the access readers for paid & unpaid access. In all cases we need to combat tailgating etc. With the advancement of technology, the turnstiles are equipped with the IR sensors (Infrared sensors) called opto couplers  ( sometimes as opto couplers), these sensors offer us the signals to enable audible & visual indicators to combat the possible intrusions or misuse. The types of sensors widely used in optical turnstile gates are anti tailgate sensors, waist height sensors and anti pinching sensors. Each sensor has its importance to secure the assets and site. Optical turnstiles include optical speed gates, optical sliding gates, optical flap barriers as all these gates are embedded with the Infrared sensors. The word optical in “optical turnstile gates” indicates the sensors that control the operation using optical communication, either the pair of IR sensors are connected or disconnected optically. The optical turnstile gates consist of three major parts motors ( can be servo motors, brushed or brushless DC motors), control panel & sensors connected to the control panel. The control panel has enough voltage free contacts that enables them to be integrated with the third party access control units. Mean cycle between failures (MCBF) for optical turnstile gates is the most important factor to decide the reliability & stability.

Wing and Arms for Optical Turnstiles

The wings for the motorised optical turnstiles have different specifications. Mostly made of  Tempered glass with thickness of 8-10mm, or acrylic & PU /PUR (polyurethane) material with Organic units joined by carbamate (urethane) links.The transparent & translucent  wings can be illuminated using the LED lights in different tones, green on entry & red when closed. The retractable wings help in providing the desired lane width up to 900~950mm compliant with ADA requirements. In motorised turnstiles, the arms are made of stainless steel with diameter of 1-1.5 inches as standard, and these arms are covered with the sleeves in most of the cases. The general width of the lane using the combination of left & right wings is 500-550mm for standard pedestrian passages while 900~950mm for ADA lanes. The wing colors, however, have no importance in terms of security but are available as black, red, blue or transparent or translucent. The LED direction indicators are provided embedded in the body of the unit to enhance the visual indications. The stylish look is a must as most of the optical turnstiles are installed at indoor locations hence should match interiors.

The credential identification for cases of motorised optical turnstiles are not limited to the RFID card readers only but with the advent in technologies different methods of authentication are used. It can range from RFID readers, NFC (Near field contact) readers,  Biometric face or finger detection units, QR ( Quick Response) code readers, bluetooth readers etc. Depends on what type of access is needed. The basic RFID readers of suitable size can be embedded in the optical turnstile gates at mentioned locations, where credentials can be shown and authenticated. In case the space is limited, external card reader posts can be integrated with the turnstile using simple data communication cables. The biometric readers have found very much importance in the identification methods, such readers are fixed using stands and can act as standalone or networked access control systems. Many biometric readers are with fingerprint, face, PIN and card readers built-in, thus ensuring the highest level of security. There is always enough space to embed the RFID readers inside the turnstiles, and in most cases, the core content of the RFID reader ( electronic circuit & antenna) is embedded.

Nundnet® is trademark of Nundlab, Inc. USA. The manufacturer & supplier of world class turnstiles & access control systems across the globe.