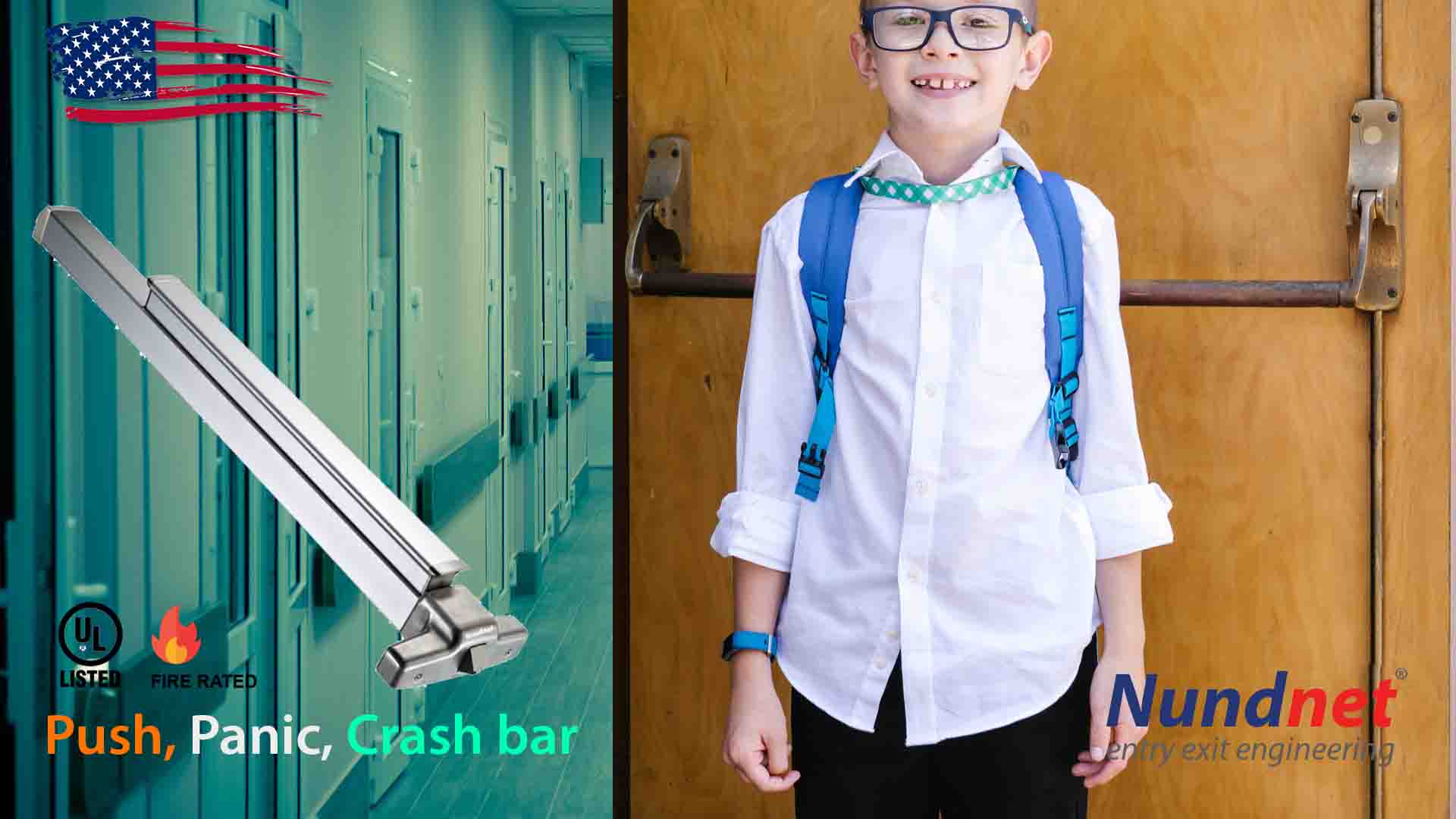 Panic bars are often called as crash bars or panic exit device or sometimes as push bars. The name panic or push or crash were attributed to the device at this is last refuge during panic or mass evacuations from the building and generally used at fire or emergency exit locations of the building as per engineering standards. These bars are operated by push which helps in releasing the door lock in case of any sort of emergency or whatever situation.  Being operation without key to make easy exit possible , panic or push bars have a horizontal flat bar that is attached on the inside of an outward opening door. While pressing the bar, latch mechanism retracts and unlocks the door to allow an easy & fast exit.

Origin of panic or push or crash bar

Every device has a story of origin as it is well said that necessity is mother of invention. Either the need or a tragedy or luxury is prompting story for ever new thing. Panic bars reffered as crash or push bars came into being after a very tragic incident.  In 1880, due to the bolted door at exit of school building in England, some 180 children died. A British inventor Robert Alexander Brigg was motivated by this disaster & invented the panic bar which was then granted patent. But nothing stopped here as the law regulated for panic modes did not make any impact outside United Kingdom. Then similar disaster happened in United States when some 600 people died in theatre fire at Chicago, 174 people died in Ohio school fire. So the series of such incidents prompted to make panic bar as an inclusive norm in building safety.

Using panic bars with fire exit doors, it must & should comply with UL 10C i.e. Standard for Positive Pressure Fire Tests of Door Assemblies,  ANSI/BHMA A156.3,  grade 1, 500,000 cycles test & are rated to withstand for three hours. In European Union, the panic bars Comply EN1125 & EN179 standards. In general the panic bars are mounted between 34 ~ 48 inches above the floor.

Panic bars provide the quick unrestricted egress that is allow for quick exit in the event of an emergency. According to International Building code requirements, the panic bar is required for doors serving three user group levels as applicable to lock or latch mentioned below in table 1.

The facilities following NFPA 101 Life Safety Code, panic hardware requirement is classified in four categories as mentioned below in table 2.

For any room or store that contains electrical equipment, must follow NFPA 70 National Electric Standard Code which requires the use of panic hardware for safety reasons, the minutes are summarised as below in table 3.