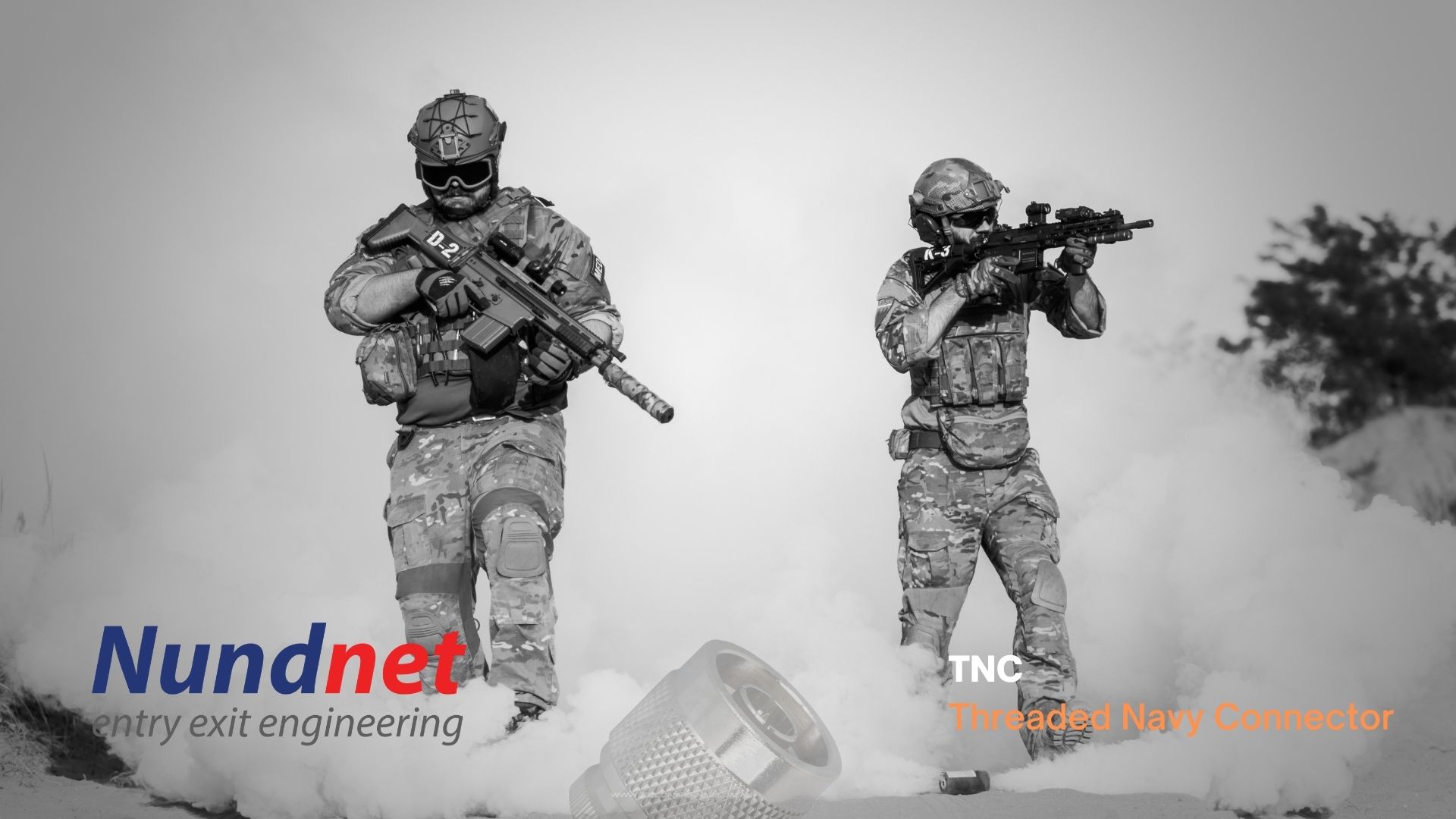 TNC, sometimes called as Threaded Navy Connector and named as Threaded Neil Concelman after two scientists. The interface specifications for these connectors and many other connectors are referenced in MIL-STD-348. Military wire standards are unique in its case as this is one established wiring products standard with its own designation. If compared with the UL and CSA, Military wire specs has a specific set of standards that must be followed in order for that product to be considered “real” mil-spec wire.

Threaded navy connector is a threaded version of the BNC connector and the interface specifications for the TNC and many other connectors are referenced in MIL-STD-348. The connector has an impedance of 50Ω that operates best in the 0~11 GHz frequency spectrum. The performance of TNC is best compared to BNC connector at the microwave frequencies. Threaded Navy Connector was Invented in the late 1950s and named after Paul Neill of Bell Labs and Carl Concelman of Amphenol, the TNC connector has been employed in a wide range of radio and wired applications.

The TNC connector features a 7/16″-28 thread. Reverse-polarity TNC (RP-TNC, most of the time called as RTNC) is a variation of the TNC specification which reverses the polarity of the interface. This is usually achieved by incorporating the female contacts normally found in jacks into the plug, and the male contacts normally found in plugs into the jack.

As they were not readily available, RP-TNC connectors have been widely used by Wi-Fi equipment manufacturers to comply with specific local regulations viz.a.viz compliance with the FCC, which are designed to prevent consumers from connecting antennas which exhibit gain and therefore breach compliance.

General use of TNC Connector

By year 2000, RP-TNC as readily available as FCC considered RP-TNC was acceptable in preventing consumers changing the antenna, and some well known manufacturers are still using RP-TNC connectors on their Wi-Fi equipment. Most of connectors are 50-ohm type even when used with coaxial cable of other impedances, but a 75-ohm series is also available, providing a good SWR (Standing Wave Ratio) to about 1 GHz. These can be recognized by a reduced amount of dielectric in the mating ends and are intermatable with standard types.