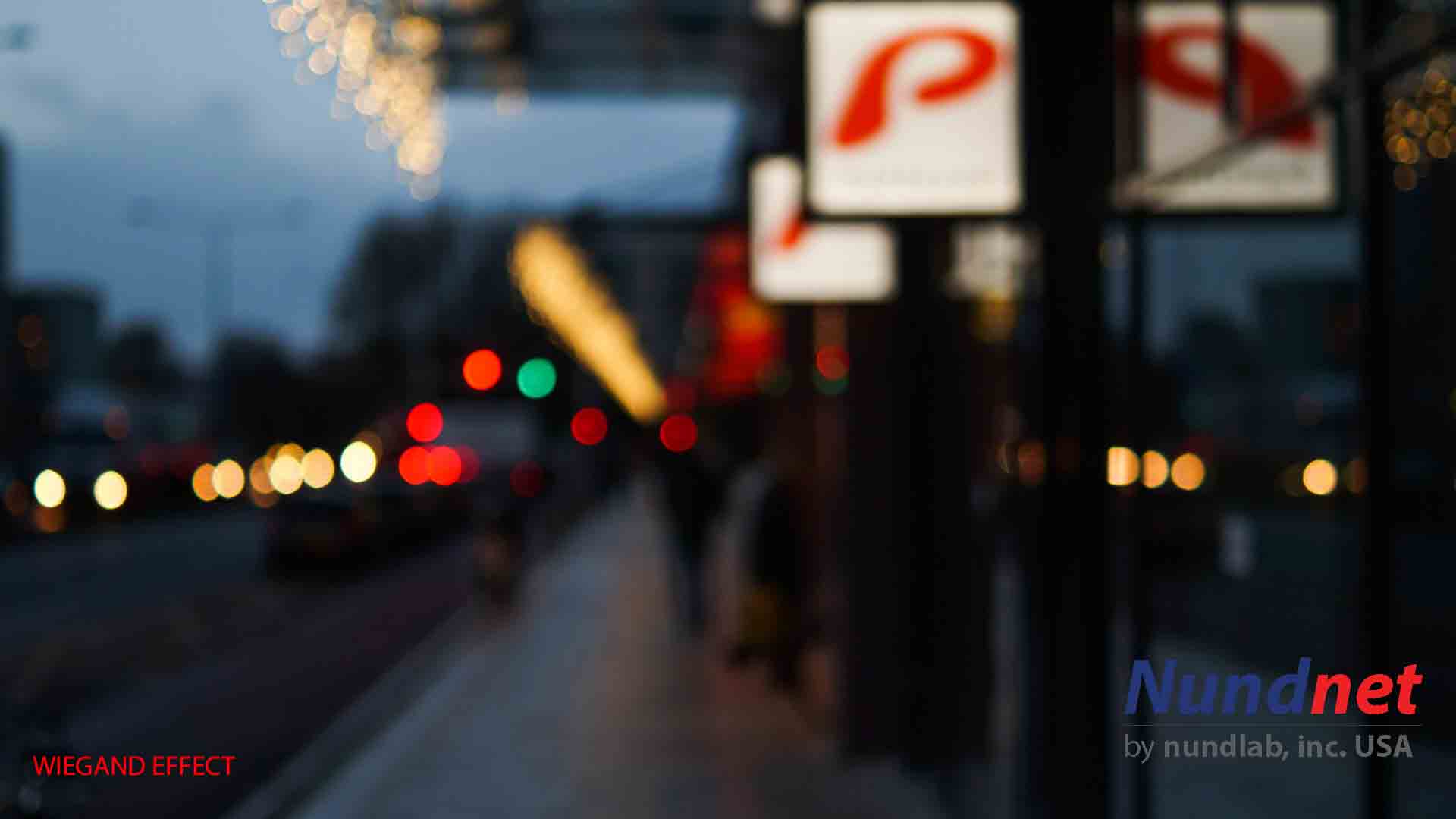 The original patent of Wiegand was first awarded by United States Patent & Trademark office in 1974 on June 25, 1974 for its inventor John Richard Wiegand.

Wiegand effect, named owing to its Inventor, a German scientist John Richard Wiegand. The Wiegand effect is the non linear magnetic effect produced in specially hardened and annealed (heat treated) wire. Wiegand wire is the special alloy of Vanadium, Cobalt & Iron and in general is called as Vicalloy. The alloy being ferromagnetic in nature, hence is attracted to the magnets.

The twisting & untwisting of the wire during the process of manufacturing strain hardens the outer shell. This strengthening occurs because of the dislocation movements and generation within the crystal structure of the material. The switch-over speed of the Wiegand effect is sufficiently fast enough to produce significant voltage from Wiegand wire core. This higher voltage is easily sensed electronically and by combining the same with high repeatability threshold of magnetic field switching, the effect makes it applicable for the Wiegand key-cards.

Once the Wiegand wire has flipped magnetization, it will retain that magnetization until flipped in the other direction. Sensors and mechanisms that use the Wiegand effect must take this retention into account.

In field of security systems access control technology, the Wiegand can be used to describe for the readers to control hardware interface, reader protocol, defining the type & standard of reader, complete information storage related to the individuals, protocols for communication.